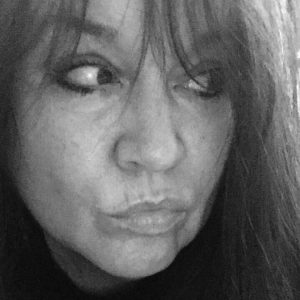 A traditional artist, I am not.  I started out as a an Adult Probation Officer, first in the South Bronx at the tender age of 22 after completing my undergrad and then transferring to my native Chicago to begin working at 26th and California at Cook County Adult Probation Department assigned to the Investigations Division in 1991 where I remained until 2003.  I got hit in the head with a rock by an inmate in Division 6 and was knocked unconscious.  I never had an art class in my life and in fact, had never stepped foot into the Art Institute until Ibegan attending classes above the museum which was built for the students whom attended. Having ero technical skills, humility was an understatement when I took my first 2D class and I wondered if someone made a phone call in my family to get me in and a scholarship. I thought I had made the worst mistake. I had no idea, it was coming from the gut and I was winging it.  I could not give up. I had no choice. With two small children at home, failure was not a luxury I was afforded as a single mom.  I worked and I listened.  I worked longer and harder and I listened and albeit I did not espouse to the ideology of my much younger professors, it started to sink in and I had my first exhibit as a first year art student.  I was thrilled and I sold out.  That year I won the bare Walls Endowment from The School of The Art Institute of Chicago.  I taught art at my children’s parochial school to pay for their tuition and became a model scout to pay the bills.  I got by, like all single mom’s do.  On 2009 I had a personal family tragedy that shook me to my core.  I put the brushes down and some days I didn’t think I could get out of bed, John made me.  I got through it.  I raised my children and art was always in the back of my mind.  I relocated and in 2013 I picked the brushes back up and have not looked back.  Since then I have been featured in magazines and sell out almost as soon as I can get them made.  I bypass the gallery system.  I don’t like the idea of someone who has never met me, who kn 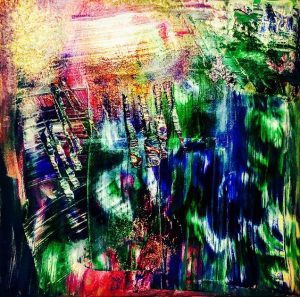 ows nothing about me trying to tell someone who has never met me about me or my work.  My work is very intimate and personal.  It is not about money to me.  It is about being dragged through the swamps of hell and soaring to the highest highs and that journey we all go through in this life.  I have an exhibit coming up on November 4 from 7-10 at 2467 West Grand Avenue in Chicago from 7-10 pm. All are welcome.  This event is called “Letters to Johnny Lira,” Johnny Lira was a pro boxer who took the Golden Glove, a neighborhood guy, and my love.  We fought like alley cats in the street and sometimes best communicated in writing.  He died in 2013 after a long bought with liver disease. I began the series when he was alive and in fact, in 07 on Grand Avenue, displayed one piece during an exhibit.  He arrived before I came saw the work and in typical Johnny fashion put a note next to the work, “Letter to Murphy,” for me to see.  He taught my son to box.  he wrote him letters as well.  His daughter Nina asked me to exhibit the work for a few years now and I just was not ready.  I finally said yes, so that work, along with my new work, will be on display in the old neighborhood good old Grand Avenue.  I am very excited.

My next project will be something I have been thinking about my entire life.  I was going to hold of announcing it on April 21, the two year anniversary of Prince’s death, but I am not a delayed reaction kind of person.  I am going to be the first female artist to deliberately go after 5 major themes that I have taken real issue with that exist within our society and I mean really go after.  Five pieces, 64×72 and five themes, each one named after a Prince song.  I grew up with prince and he was such an inspiration to me to really challenge the boundaries of really, everything.  I will be taking on religion, racism, financial inequality, sexuality, and one secret theme.  I will go there, I mean totally, it will be taboo, it will be graphic and I am sure I will be disowned, thrown out of, have eyes rolled at me.  You know what, at 52, I am over it. We all need to be true, both to ourselves and to each other. Life is in essence compiled of layers, piles, holes and tears.  We seek to fill or to eliminate in an effort to fill the eternal hole. Please follow me on Instagram  on Twitter. or on Facebook. 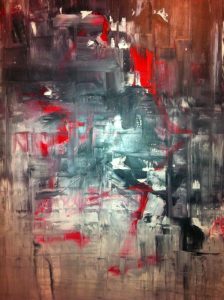 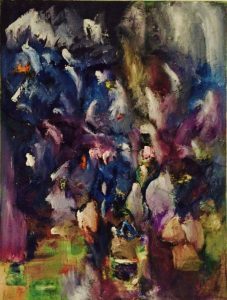 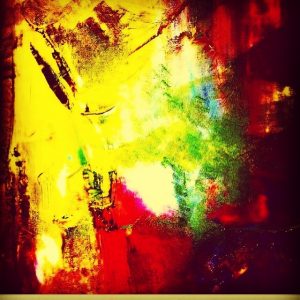